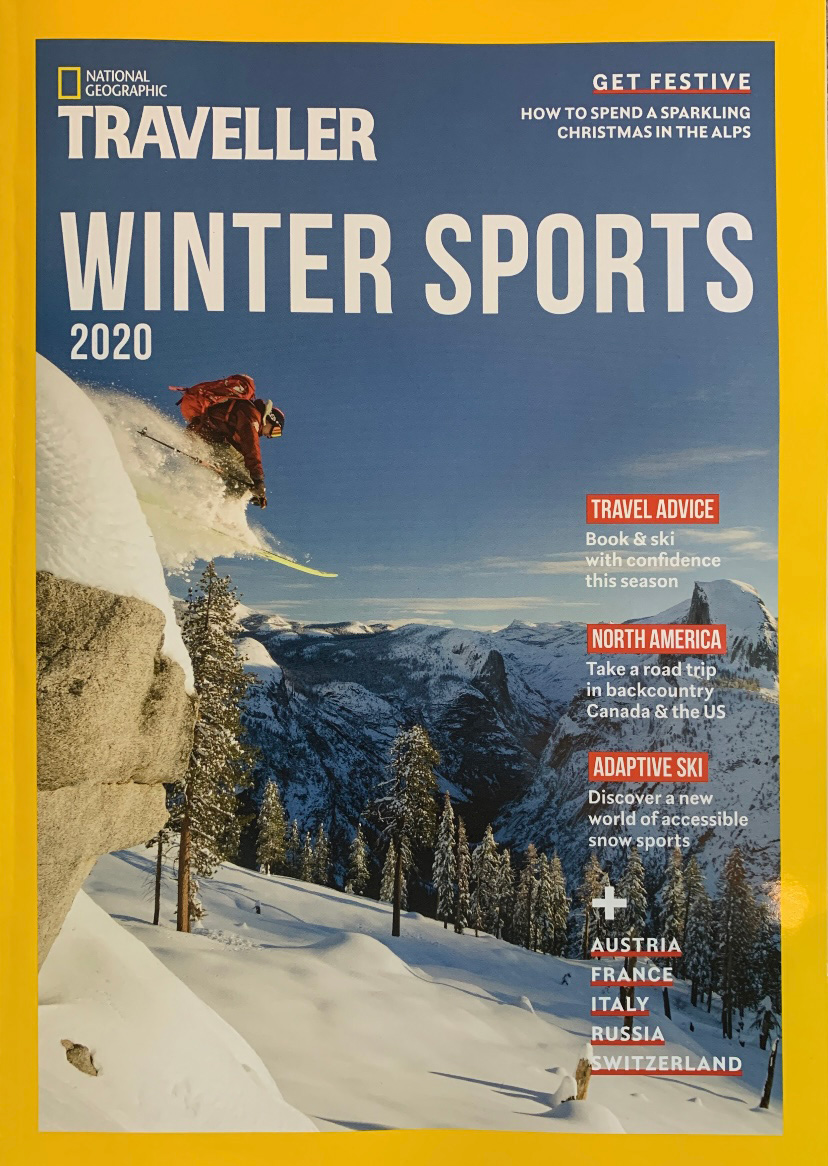 Fantastic to see such a great feature on The Dolomites in the Winter Sports edition of National Geographic Traveller. The region has always been a favourite of mine and with so many exciting hotels, restaurants and ski routes, it continues to be a top destination for ski holidays – Merrion Charles

Incredible food, laid-back resorts, superb snow and reasonable rates — all against the backdrop of mountains so majestic that UNESCO gave the landscape World Heritage status. If one ski region has it all, it’s the Dolomites .

“The world’s largest linked ski area, Dolomiti Superski’s whopping 760 miles of pistes are wide, perfectly groomed and generally gentle: a place to feel good about your prowess. And they look good, too, especially in the golden hour before sunset, when the mountains flush a rosy pink — towers, needles, fangs and witches’ hats, the work of friable dolomite rock, which erodes into a living sculpture. Quality and value reign, here: a superb fusion of Italian and Austrian food, cooked at family-run inns and Michelin-starred restaurants, is the norm. The Dolomites’ ski scene sprang from old farming settlements that catered to early tourists — you won’t find purpose-built resorts with piste-side chalets — so in some places there’s a quick shuttle ride to the ski lifts. That said, hotels are constantly recreating themselves, and the standard is high. And with a slew of exciting new openings, there’s never been a better time to hit these pretty pistes. ” 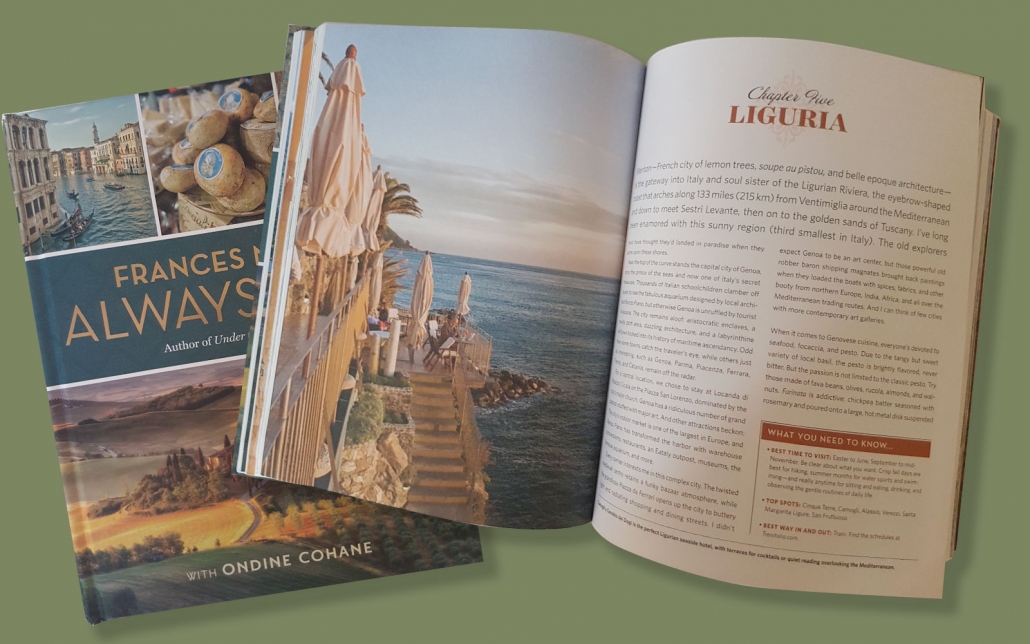 “I am thrilled, proud and honoured to be mentioned in ‘Always Italy’ – a fabulous new publication by Frances Mayes in conjunction with Ondine Cohane.

I would highly recommend anyone to purchase this beautiful, informative and highly researched ‘encyclopaedia’ about Italy. Beautifully illustrated, written from the heart and the perfect gift for any Italophile!”

The ski season is almost upon us …

This site uses cookies. By continuing to browse the site, you are agreeing to our use of cookies.

We may request cookies to be set on your device. We use cookies to let us know when you visit our websites, how you interact with us, to enrich your user experience, and to customize your relationship with our website.

Click on the different category headings to find out more. You can also change some of your preferences. Note that blocking some types of cookies may impact your experience on our websites and the services we are able to offer.

These cookies are strictly necessary to provide you with services available through our website and to use some of its features.

Because these cookies are strictly necessary to deliver the website, refuseing them will have impact how our site functions. You always can block or delete cookies by changing your browser settings and force blocking all cookies on this website. But this will always prompt you to accept/refuse cookies when revisiting our site.

We fully respect if you want to refuse cookies but to avoid asking you again and again kindly allow us to store a cookie for that. You are free to opt out any time or opt in for other cookies to get a better experience. If you refuse cookies we will remove all set cookies in our domain.

We provide you with a list of stored cookies on your computer in our domain so you can check what we stored. Due to security reasons we are not able to show or modify cookies from other domains. You can check these in your browser security settings.

These cookies collect information that is used either in aggregate form to help us understand how our website is being used or how effective our marketing campaigns are, or to help us customize our website and application for you in order to enhance your experience.

If you do not want that we track your visist to our site you can disable tracking in your browser here:

We also use different external services like Google Webfonts, Google Maps, and external Video providers. Since these providers may collect personal data like your IP address we allow you to block them here. Please be aware that this might heavily reduce the functionality and appearance of our site. Changes will take effect once you reload the page.

Processing...
Thank you! Your subscription has been confirmed. You'll hear from us soon.